Upcoming events can also be viewed on the NJ District Calendar. 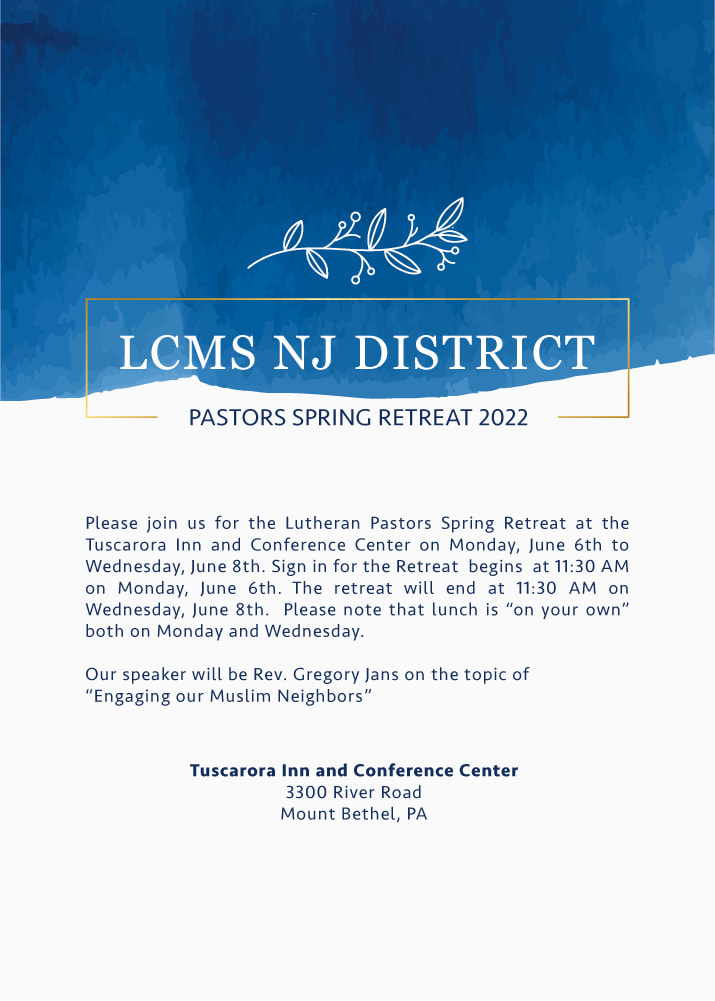 Chaplain Gregory Jans
Chaplain, Lieutenant Colonel Gregory Jans serves as missionary for the LC-MS Ministry to the Armed Forces (MAF), under the Office of International Mission.  In his 25th year on active duty with the United States Air Force, his current 11th assignment is as the Staff Chaplain at the USAF Expeditionary Center, Joint Base McGuire-Dix-Lakehurst (JB MDL), New Jersey.  He advocates for the religious and spiritual needs of 14K military personnel across five wings, two groups, and the Expeditionary Operations School.  He cares for 10K students annually during in-residence training on our campus and ranges.  He leads the Fieldcraft Chaplain Corps course.
Greg has ministered in nine states and seven foreign countries in 32 years of ordained ministry.  He studied in Germany, was stationed in Italy and Turkey, and has deployed four times to Muslim countries (Bahrain—1997, Egypt—2001, Iraq—2009, and Afghanistan—2017).  He served six years as the VP of the SID Mission Board and six years as the SID Continuing Education lead.  A pastoral delegate to the 1992 Synodical Convention in Pittsburgh, he attended the 2016 Synodical Convention in Milwaukee as an advisory delegate representing AF chaplains in the MAF.
“People of the Book—Reaching Out to our Muslim Neighbors for the Sake of the Gospel” seeks to be a timely boost in engaging with Muslim families in our neighborhoods.  After the recent historic evacuation of 124K Afghans in 17 days, 16,534 of the nearly 70K who came to the U.S. entered through JB MDL.  Their process of becoming citizens will continue in the years ahead.  The missional opportunity is now.  The study will refresh and equip pastors and their people to relate and connect with our Muslim neighbors, for the sake of the Gospel.